For almost the past decade, Nipsey Hussle has been regarded as the poster child for independent hip-hop artists. Meaning, Nipsey Hussle has had a fairly strong presence and influence on the hip-hop culture (especially on the West Coast) over the years, all without the help of a music label. All of the success that Nipsey has achieved up to this point, was all self-financed.

Subsequently, Nipsey is now able to enjoy his fruits of labor, as he was able to form a strategic partnership agreement with Atlantic Records, for the distribution of his first studio album; Victory Lap. A strategic partnership is different from a traditional record label deal, in the sense that the creative artist fully retains the rights and the royalty entitlements of their work, and has full autonomy over their creative expression; those advantages are generally not granted in most traditional record label deals!

Along with Nipsey’s presence in the hip-hop culture, Nipsey has demonstrated a strong business acumen over the years as well, especially this past year! Back in 2013, Nipsey decided to produce hard copies of his well known mixtape, Crenshaw, pricing them at $100 a pop. Everyone thought he was crazy, until he sold 1,000 copies. From there, Nipsey took his bold pricing strategy to a higher level, with his next mixtape, Mailbox Money; pricing the hard copies at $1,000 a pop, and he sold 60 copies!

In 2017, Nipsey advanced his business acumen by opening up a smart store, called The Marathon Clothing. This is a clothing store in LA, where his fans are able to purchase merchandise, but also stream musical content by opening the store’s mobile app and scanning the barcode tag of their store merchandise! Furthermore, Nipsey has stepped his foot into the world of cryptocurrency in 2017, after purchasing a significant ownership stake in the cryptocurrency know as Follow Coin, prior to their initial coin offering. Nipsey did the same thing in the beginning of 2018, with the blockchain company VEZT Inc. Ok, that’s enough context for you, let's get to the album!!!

Victory Lap is a very well-done exceptional project. Nipsey architects his story in a very inspiring way. Nipsey described the narrative of Victory Lap as himself walking into his LA penthouse, sitting on the balcony with a cigar, and just reflecting back on everything it took to get there from ground-zero. 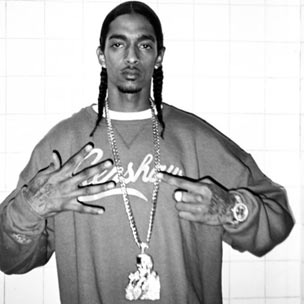 1.) The album starts off very strong, with the song Victory Lap. The first new element that stood out to me was the heightened production. It’s easy to notice the new production angle that Nipsey is taking throughout the entire album, and the first song sets the tone for this. Victory Lap is a very well produced opening track, including vocals from Grammy-nominated artist Stacy Barthe. This song is pretty much a one-track synopsis of the entire album.

2.) Moving on from the opening track, Nipsey dives right into his first single, Rap N****s. This track is more of a flaunting track that Nipsey had fun with, and also probably the most likely to be heard on the radio or in the club. The production of this song incorporates the traditional LA West Coast-style vibration, as Nipsey Hussle is a native of South Central LA. The message behind this song is just Nipsey separating himself from the majority of the hip-hop stars that are in the limelight today. Most artist are discovered by record label executives at a relatively young age, and then given a record label contract, of which bounds themselves, their brand, and their work to the discretion and authority of the record label. Nipsey’s route to success, was much harder, due to the fact that he self-financed his independent career for 10 years, and finally built up enough leverage to form a partnership with a record label for his first album, Victory Lap. This is basically what Nipsey is trying to illustrate in the chorus when he says “I ain’t nothing like you f***** rap n****s.”

3.) Next, we have Last Time That I Checc'd, this another song that favors the LA-style of the hip-hop genre. This song also features fellow LA rapper, YG. This is not the first time Nipsey Hussle and YG have worked together, the two made a song that gained alot of national attention a couple years ago called FDT, acronym for Fuck Donald Trump. I don’t think this is one of the better songs on the album, it’s pretty much similar to Rap N****s, as Nipsey Hussle flaunts and emphasizes the respect that he has earned in the streets of Los Angeles, and as a self-made rap artist.

4. ) The fourth track on the album is Young N****, this is actually one of my personal favorites. The song features the well-known hip-hop mogul, P-Diddy; although he doesn't add anything more than background ad-libs. The narrative of this song is pretty much just about a young kid from humble beginnings, with a vision of success and wealth, and the guts to put in the work, hustle, and turn the vision into reality. One of the lines that stood out to me was when Nipsey said: First you over dedicate, then you notice that you great, and you been the whole time, then it slap you in yo face, then you stack it in your safe, got it crackin; it was fate, you the definition, nigga, laughin' to the bank. 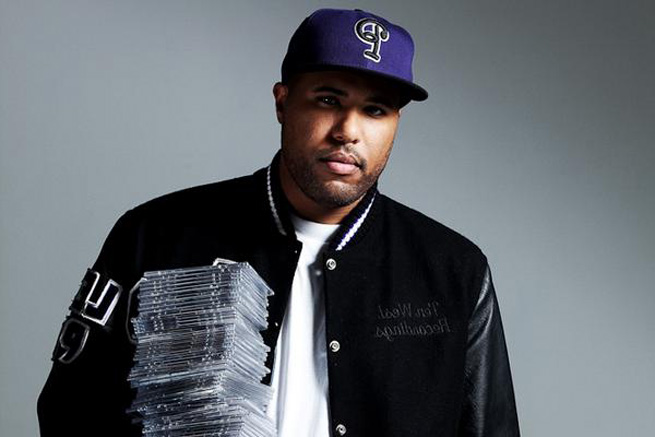 5.) The fifth track on on the album is actually the lead single, the song is called Dedication, featuring another hip-hop icon, and fellow LA native, Kendrick Lamar. The title is very reflective of the content of the song. Kendrick and Nipsey each dish off verses regarding their paths to rap fame, despite the temptations of slipping into a life of crime in the rough areas of LA. Nipsey closes out his first verse speaking from the mindset that he had while making the transition from the criminal life to that of a musical artist, saying: How long should I stay dedicated? How long 'til opportunity meet preparation? I need some real nigga reparations, Fore I run up in your bank just for recreation. Kendrick Lamar delivered a strong on his feature verse as expected.

6.) The next track on the album is a fan favorite, Blue Laces 2. Blue Laces is one of the Nipsey’s classic songs from his beginning phase as an independent artist. The song was originally on Nipsey’s mixtape called The Marathon, released in 2010. The sequel, Blue Laces 2, is one of the most powerful songs on Victory Lap; many people will choose this song as their favorite. The first verse is pretty consistent with the rest of the album; Nipsey spits some lavish talk, then incorporates recollections of the struggle into it as well. I like 2nd verse better, as Nipsey kind of raps more from his current point of view, and projects the near future. One of the bars from the second verse that stood out to me was the opening lines, it goes: They killed Dr. Sebi, he was teachin' health, I fuck with Rick Ross cause he teachin' wealth, Dropped out of school, I'ma teach myself, Made my first mil' on my own, I don't need your help. For the 3rd verse, Nipsey goes into a different frequency, as he raps about an authentic story of his friend suffering a near-death injury in a shootout.

7.) The seventh track on the album, Hussle & Motivate is another one of my favorite songs on the project. When hearing this song, the first thing that took me by surprise was the clever sample choice. This song includes a sample of Hard Knock Life, you know, just one of Jay-Z’s grammy-nominated classics from 1998, no big deal.

Moving down the tracklist, the eleventh song, Grinding All My Life, is one of the more explosive tracks; you’ll definitely want to add this one to your workout playlist! The 13th track, Loaded Bases is another great song, which includes a feature from one of the bigger names in the music industry, Ceelo Green; this song focuses more on the inspiration and motivation element of the album, obviously using baseball references. The 15th track (bonus track), Double Up, makes my list of top 3 favorites. This song kind of has like a Drake-style of production, and it also features a verse from a familiar collaborator, LA rapper, Dom Kennedy. This seems like a great song for night-driving with the windows down!

I highly recommend everyone to go check out Nipsey Hussle’s new album, especially the hip-hop fans. If you’re a fan of rap music, I am confident that you’ll enjoy the album, Victory Lap.

United Underneath: The City Market Catacombs

Wine IN Canvas: How Sweet